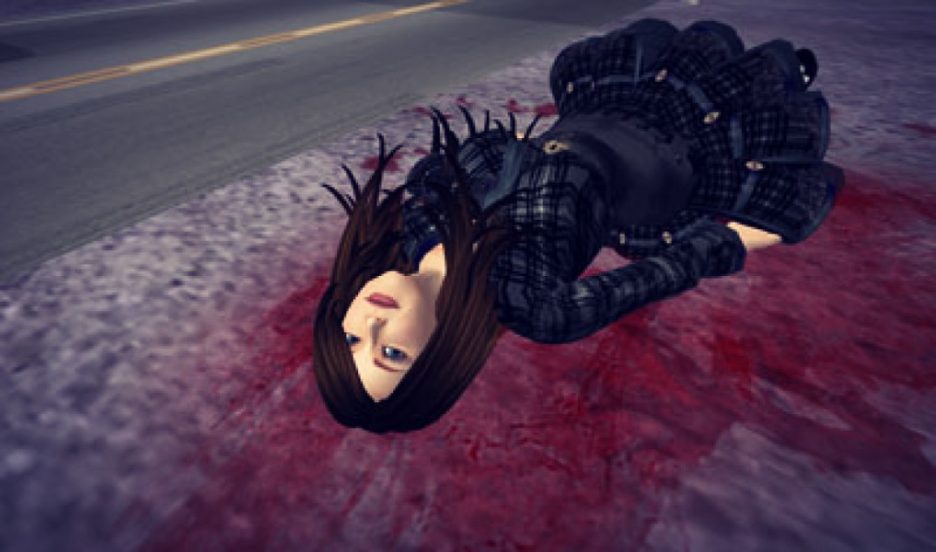 Years ago when Second Life allowed a thing called “camping for lindens” I, like many noobs, did this for spending money. The photo is of my avatar circa 2007.

Yes, I wore dark hair, and dressed like a Gothic Lolita. (We all have a past!) I was also willing to lay in my own blood if it meant getting paid, apparently.

“I’ve noticed a new trend in camping. Torture devices the campers must submit to in order to earn a few lindens,” my younger noob self wrote. “At one place I was buried under a huge piece of metal my arms and legs flailing. Another I was under the tire of a car. Fun!”

I went on to explain that I earned 2 lindens for every 10 minutes of lying in the street like that.

Note: The photo is poor quality because it was taken long ago. I couldn’t find a bigger one!

What Were You Like As a Noob?
Gift From S@BBIA: Short Chester Coat With Sweater & Flare Skirt
Auction Off Your Stuff!