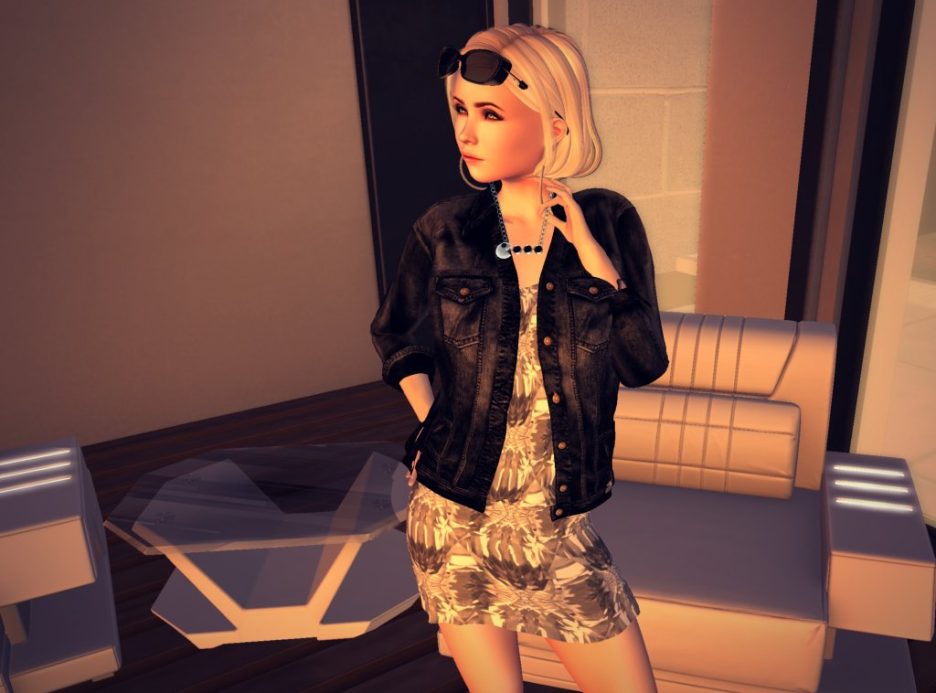 I’ve been in Second Life for over 15 years now, but never bothered with OpenSim – until now! I recently signed up for Avitron after its president/head of marketing Alex Ferraris shared information about it in a group I run. The metaverse itself fascinates me, so I thought I’d have a look.

I expected to see system avatars and non-prim hair like it used to be, but instead found a grid that looked as modern as Second Life.

Ok, Avitron is not Second Life. You can get in with an OpenSim enabled Firestorm Viewer after you sign up for it, but many of the features do not work, like Search. That’s ok though. The whole thing has a wild new frontier feel to it, and it was exciting to be logged in to a world that wasn’t SL.

I admit it. I’m a total noob with OpenSim, so I didn’t realize I could go other places than Avitron at first; not until a woman explained to me that I could “hypergrid” to other locations. Hypergrid? Even the word sounded cyberpunk. I definitely had to do it.

To hypergrid I had to know the “address” of the location I wanted to visit, click Map, then paste it in. This let me go to grids run by other people. Some I could get into, and some I couldn’t.

At this time Avitron is offering free land with a massive 5000 prims to new people who sign up. Their only criteria is that we are inworld at least 3 hours a week and make good use of the place. Not an unreasonable request in my opinion. Quite generous, in fact! On top of that, they give you tokens when you’re logged in. These are a bit like lindens but aren’t money you can cash out. Tokens let you upload textures and such. Mesh uploads appear to be free!

I invited a couple of my close friends to join me in Avitron, and my friend Seren lives in the house across the street from me. She already has her place set up nice while I’m still trying to find the right sofa for my living room! I chose to make my land into a suburb and it’s always nighttime. We have nice homes, and I deliberately didn’t add grass so it has a Tim Burton feel to it. I also have cars driving by.

This is a home away from home, a place to chill out. We have music we like on the stream, the same station I use on my Second Life land, and can be as creative as we want to be. Right now there are large Spanish and Portuguese-speaking populations in Avitron, but as more people learn about the place I think it will be filled with people who speak many other languages too. Avitron will become what we the people make of it.

It’s not a replacement for Second Life, but it’s still cool.

For more info visit the Avitron site, and if you sign up let them know you heard about it from me. I’m grateful for the land they gave me, so am writing this as a way to say thank you.

3 thoughts on “Avitron – A Home Away From Second Life”