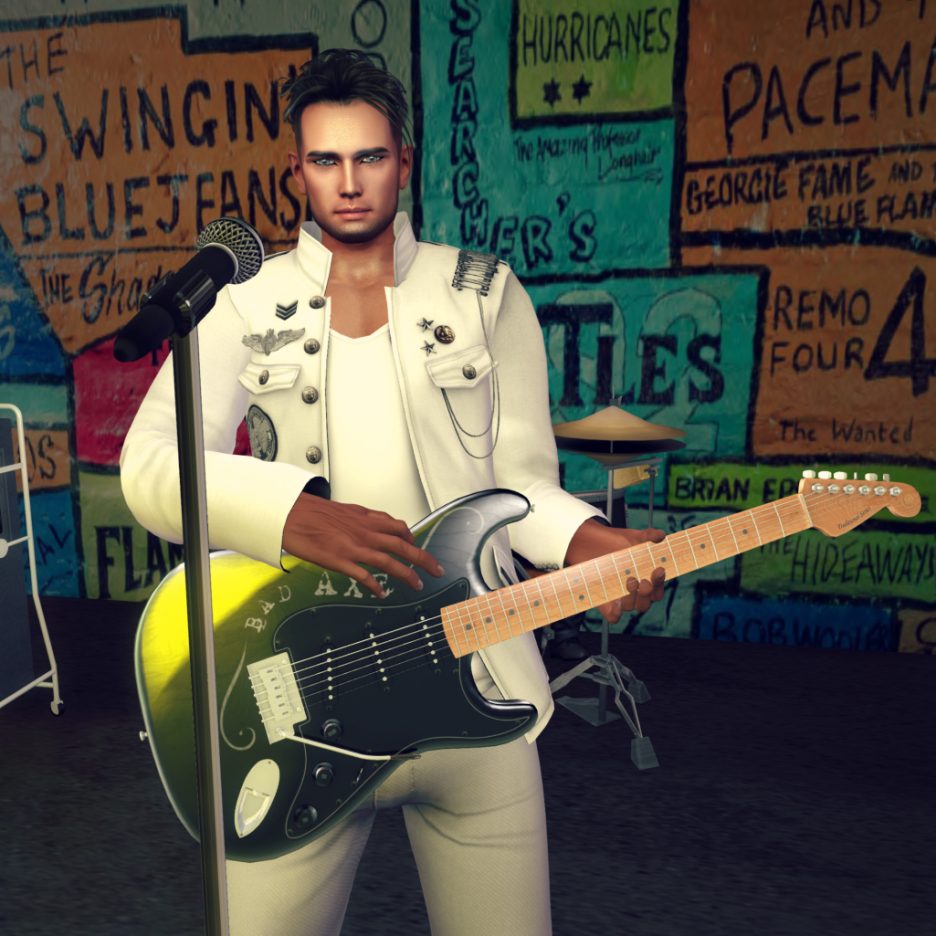 I admit it. I don’t usually go to see live performers in Second Life. I’m too passionate about music and am picky. However, I was pleasantly surprised last night when I went to see Dexter Swansen do his hour-long set in the Cavern Club.

Not only did Dexter have a nice voice, but he had great taste in music. He managed to sing everything from “Jealous Guy” to “White Wedding” and made it all blend and sound nice together.

Even my BFF Seren had fun and said if Dexter played again she’d go back to hear him, and she’s even less likely to attend events than I am!

The crowd was friendly too, and we cracked jokes with a couple of the women there, even though they were strangers to us. It was just a nice laid-back atmosphere with good tunes and a sense of humor. I give it a thumbs up!

Here’s a youtube video of one of Dexter’s shows during a 1960s night. This isn’t the event we attended so you won’t see me in this, but it should give you an idea of what Dexter sounds like!

Freaky Things That Happen in Second Life
Land of the Giants
Where's Waldo?