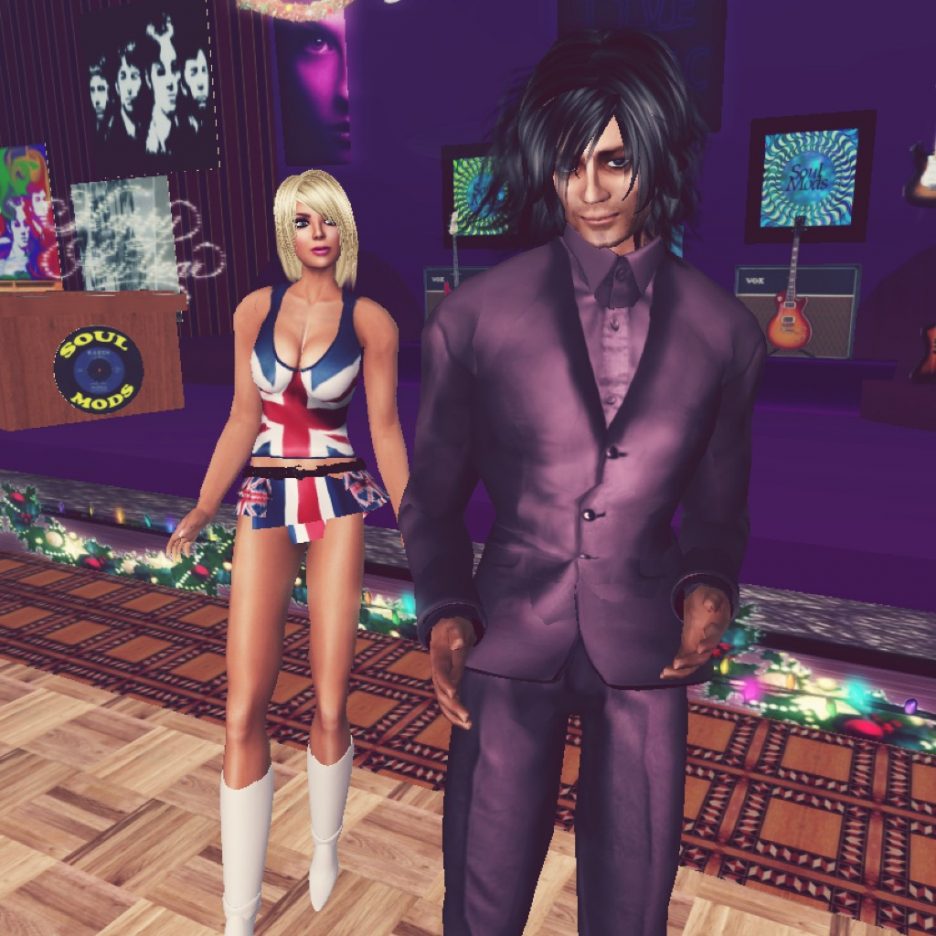 I’m sad to announce that Dugi Rubble, who ran the club Soul Mods for years and was one of my best friends in any life, passed away this weekend (June 13, 2021). Apart from when he was in the hospital for a couple of weeks a few years ago, not a day went by that I didn’t see him or speak to him – for 13 years!

I could make this post huge, but I’m too grieved to put those memories on display. There was no one else like Dugi, and I loved him like a family member.

The photo I’ve used is of Dugi and his real-life wife Aston Mindes who also passed away a few months ago. Dugi was not the same after he lost her. He loved her very much, so my one comfort in all this is knowing he is with his beloved Aston again. Heaven will have the best mod club now!

Dugi made an impression on people and was friendly to everyone who walked through the door. He was hilarious, a big flirt, and could get away with saying things other people couldn’t. He wouldn’t want anything sad on here, and if I were to play a slow song he’d call it a dirge. So, instead, I’m including some videos made by Slate McLeod, who used to DJ at Dugi’s Soul Mods.

NOTE: The videos have a comical voice for the Dugi character, so it might surprise some people to know that the real-life Dugi was actually well-spoken. Also, the avatar in the videos was just a copy for filming (aka “Stunt Rubble”) not the actual Dugi, but this shows how much he inspired others: He even got videos made about him!

Dugi would rather I post this than anything sad, so that’s what I’m doing. My prayers go out to Dugi’s children and family, and especially his daughter Gemma. Love to you all.