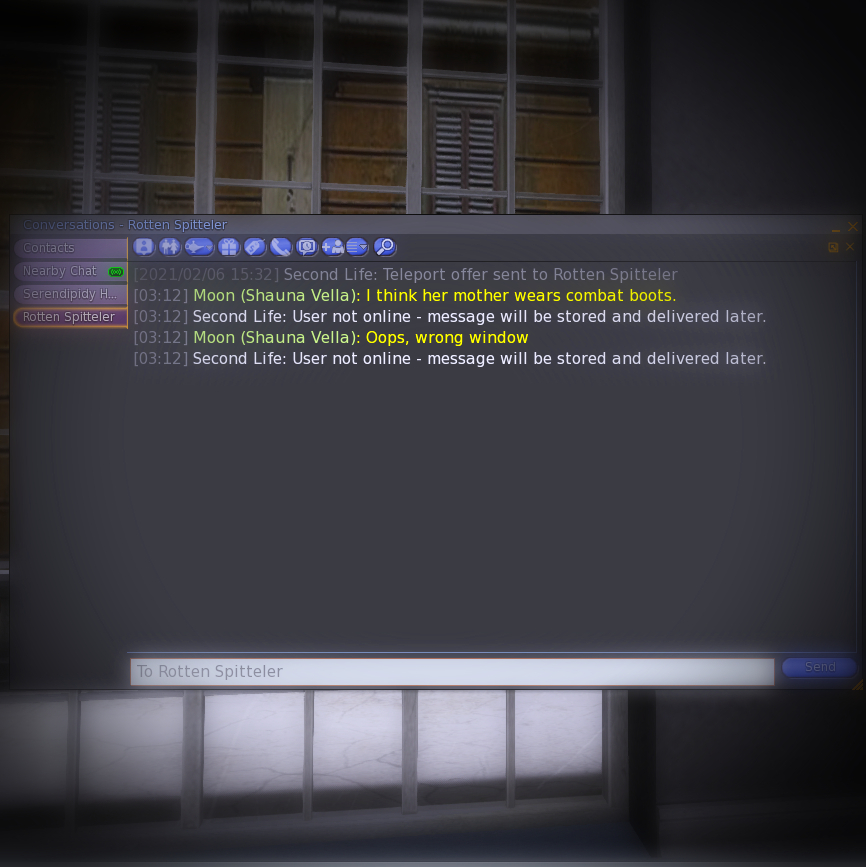 Have you ever sent an IM to the wrong person? It can happen sometimes! Maybe we know two people with a name starting with S, and we click one instead of the other; or perhaps we’re having more than one conversation, and we type in the wrong window. Understandable mistakes.

Some wrong IMs seem to happen for no reason, though – from strangers.

I received the following:

[00:41] whats the sex chat all about? need any new workers? i have years of exp is this sort of thing
[00:41] please just ignore that message i seen something wrong

Was this an alt yanking my chain? No. The man had been in Second Life since 2006, and was an active member of the SL community. So, why me? Do I look like a pimp?

The respectable looking man who wanted to be a prostitute went offline, so I never did respond to him. I now know WAY more about him than he probably intended me to though.

Note: The picture is just an example. You didn’t think I’d show you the actual IM from the man did you? 🙂