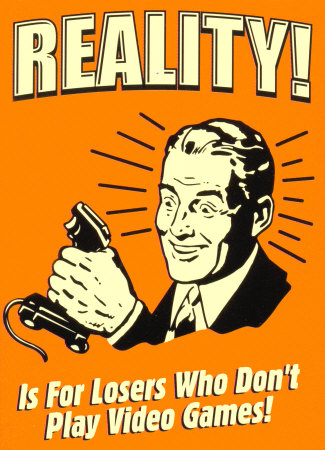 Looking for a hangout that isn’t a club? Like to sit and talk with friends, or play games? You may be in luck!

Introducing the new MOON ARCADE, now open in Moonletters Town. Hey, I’m still working on it, so it might have new games tomorrow, but I’ve officially opened the doors. It’s right across from the pub. Come on in!

Some things you’ll find in the MOON ARCADE:

BULL RIDING CONTEST: Zorro the real bull (a cult-like figure in town since 2010!) wandered off to find new pasture, but his mechanical brother Pedro volunteered to take his place. Whoever rides Pedro the longest and has the highest score each Friday wins a random prize. Pedro is smaller than Zorro and lacks some of his personality (he’s mechanical, don’t judge him!) but I like him better because he doesn’t crap on the floor.

GREEDY TABLE: Someone told me that playing Greedy is more addictive than crack. I’m not sure if that’s true, but there’s a GREEDY GREEDY table in the MOON ARCADE with a scoreboard. This means if you beat your friends you get to gloat when you see your name up there.

ZOMBIE FOREST RUN: Ok, there’s no actual forest. You sit in a gamer chair and shoot zombies on a screen before they eat the princess – or something like that. If you can put yourself into mouselook and click you can play this game.

DOODLE BOARD: Draw things and have your friends guess what they are!

CLASSIC ARCADE GAMES: Do you miss Pacman, Donkey Kong, Tetris, and other classic games? We have them!

UFO SPLODER (Yes, it’s legal): You may notice a UFO with a grumpy-looking alien hovering in the arcade. Well, be careful. Earthlings who touch him are asked to identify the color of his beam. If you answer correctly he might give you lindens at some point – or he might insult you. (Sneaky Tip: Outside the door, you’ll find a little spaceship that YOU can fly around the sim. Shhhh.)

MOON BUNNY GAMES: The arcade has various games from Moon Bunny Inc, a store I do with Scribzy. If you’d like to show support for the MOON ARCADE, buy lots of stuff from us. Bwahaha!

80S, NEW WAVE & ALTERNATIVE: Because life is too short for music that sucks!

Ok, so the building isn’t huge. It’s not like going to a theme park or anything!

I like it anyway. I’ll be adding more games soon! 🙂