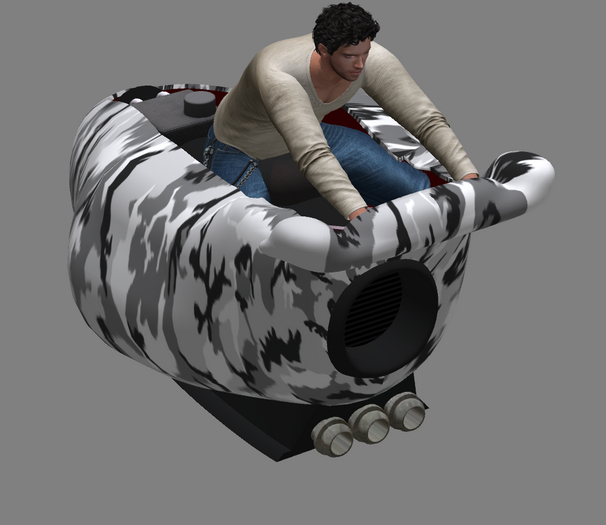 I’d like to give a shout-out to Zarniwoop Masala for sending me some cool stuff from his shop Malarkey recently.

The first thing Zarni gave me was a beehive, something I was actually looking to buy this week. He had no way of knowing I wanted such an obscure item so I will just chalk that up to a Twilight Zone moment. The beehive is one land impact, and the little mesh bees that come out are temporary prims. You can rez from 2 to 30 bees! It’s a great beehive, and I have it in the garden right now.

Zarni also sent a couple of joke chairs. One is an Excercise Chair, and whoever sits on it will take off sprinting. “Simply place at a suitable location and wait for victims,” he said. Avatars will run across sim borders, the sea, through objects, and even into no sim areas. (They will keep running until they decide to “stand.”)

This reminded me of being a noob on a bad connection circa 2007. My avatar would take off running and not stop. Now, thanks to Zarni’s chair, I can relive that memory at any time.

The other chair was a Rocket Chair and, you guessed it if you sit on this one you get propelled into the sky. This one he described as a “one prim innocent looking chair” that when avatars sit on it they “launch upwards emitting a fart sound and smoke until they ‘stand'” The avatar can go as high as 1000m above the chair. Fun!

Last but least, there’s the Hover Bike. This one lets you choose from 6 different paint options. You can also fire missiles and have battles with friends who own one.

There’s actually a video for the Hover Bike, so I’ll leave you with that.

Note to Zarni: Thank you for the cool stuff, and also for letting me convert your awesome spook house into a Christmas ride all those years ago. 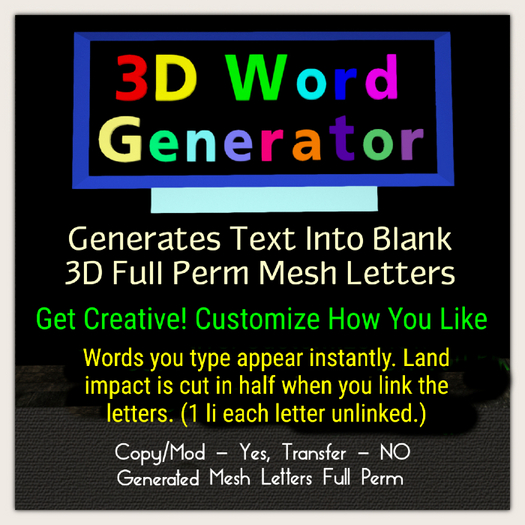