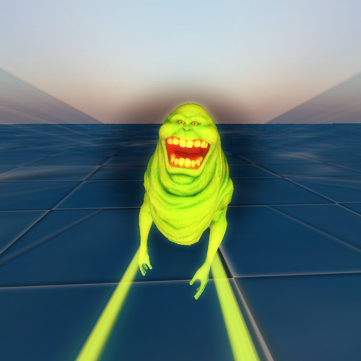 Anyone who has been in Second Life for a while will tell you, people come and go a lot. And truth is, most of the time we don’t care. If we’re honest, apart from the occasional “I wonder how Jim is doing?” we hope they’re doing well, but aren’t too bothered by their absence if they’re not a close friend.

On the other hand, people we care about can stop coming around too. Even this is not too bad if it happens for a logical reason. We may miss them, but so long as they’re honest about why they’re not coming to Second Life, most of us can handle it. Even the “I just need a break from Second Life” explanation is understandable usually.

The disappearances that seem to affect people the most are those that happen suddenly, often without warning. The partner or friend is full-on into hanging out, showers you with attention, and then suddenly… poof. They just stop coming. Some have real reasons for being away and tell you the truth if you check on them, but others reply with fake excuses – or maybe they don’t respond at all.

“Ghosting is abruptly ending communication with someone without explanation. The concept most often refers to romantic relationships but can also describe disappearances from friendships and the workplace,” according to Psychology Today. “People respond to being ghosted in many ways, from feeling indifferent to deeply betrayed. Some believe that ghosting is inseparably intertwined with modern electronic communication, and the practice is a way to cope with the decision fatigue that can accompany dating. Others believe that ghosting is emotionally troubling given that it offers no sense of closure.”

I believe the person not being around isn’t what hurts so much in a ghosting situation. It’s the way the ghost went about it so suddenly without a truthful explanation. It leaves the “ghosted” person wondering what they did wrong. They feel rejected or like a fool, and they have no closure.

I’ve read tales of woe from people whose partners supposedly stopped logging into Second Life, but were really still online using another avatar. These ghosts found other romantic interests, but instead of ending things properly they just set up new virtual lives.

I get it. Some people see Second Life as a game and the people in it as little more than NPCs. On my social media feed, some say they “play” Second Life. (It’s a virtual world, not a game; but that’s another article!) And yet, many behave this way in “real life” too.

Here’s the irony. As hurtful as ghosting can be, a person usually comes to grips with the situation and moves on. Then, just as they do, (drumroll) … guess who returns? It doesn’t always happen but in many cases, that ghost comes back.

Why? Maybe things didn’t work out with their new friend or romantic interest. Maybe they’re bored and think you’ll always be there to be nice to them. Or maybe – just maybe they need you for something. You benefit them somehow, and they want to keep you sweet. So they interact with you to an extent. Not the way they used to, but enough to keep you on board. Psychologists have a name for this too: BREADCRUMBING.

Have I experienced ghosting? I’d say twice. Once was when I was 13-years-old and my boyfriend, without showing any indication that he was unhappy, just stopped coming around – poof! No calls, no visits, nothing! Later, I learned why. He’d hooked up with a cheerleader. (Yes, I was a kid, but it still hurt!)

The other time – well, I’ll refrain from sharing the details, but let’s just say I was older than 13! It wasn’t even a boyfriend who ghosted me but it still hurt; so I have sympathy for others in similar situations.

I want to encourage those who are hurting. Unless you did something awful, having the ghost out of your life is probably best. But to give the benefit of the doubt, think about it this way. That ghost may not realize how their behavior hurts others. They may even believe they’re being kinder by not having a proper talk about whatever situation they were unhappy with. Or, and this is likely, they care more about avoiding conflict than whether they hurt you or not.

So, what do you do if the ghost comes back? Be kind to them, I say! I believe in the golden rule. However, guard your heart, because if this person ghosted you once without apology or explanation, they’ll likely do it again.

6 thoughts on “Ghosted in SL?”