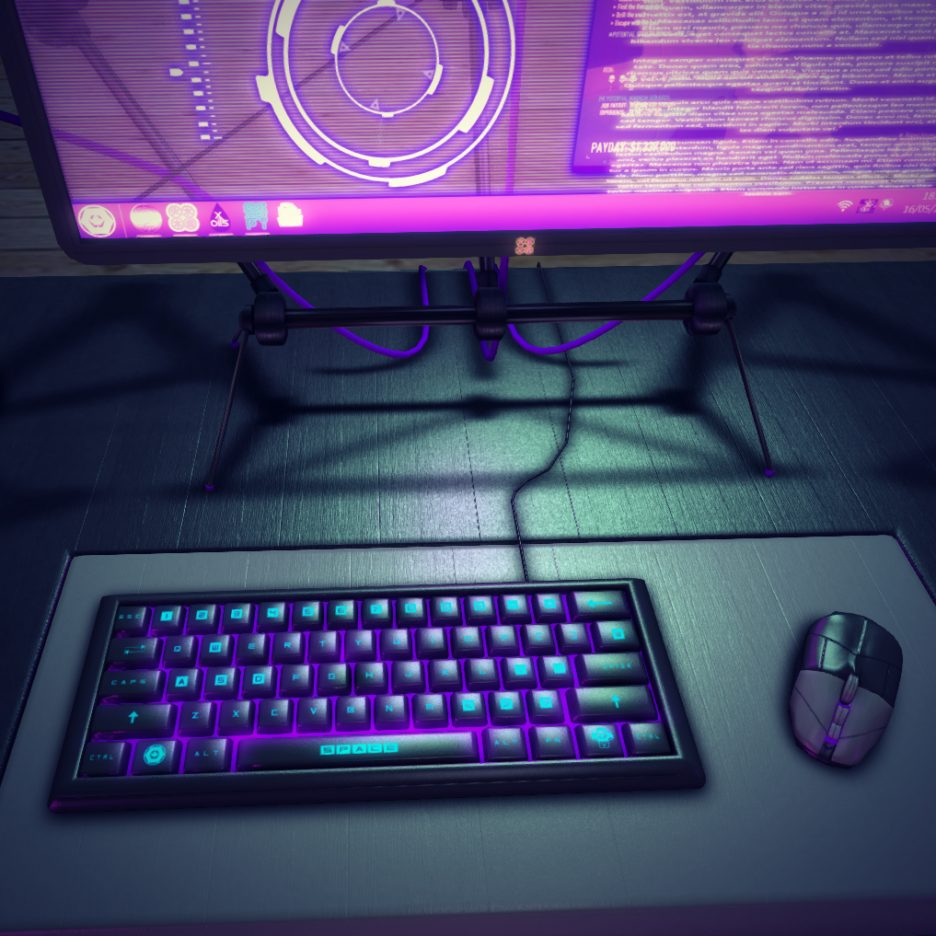 Since I’ve been an editor, you’d think my typing would be pretty decent. Inworld, however, I can’t seem to put my fingers on the right keys at the right time. I’m fluent in typonese.

Moon: Choose the Phoenix interfact in the drop down menu.
Moon: Interface! I mean INTERFACE!!!

Sometimes the typos are funny. If they are, my friends save them and paste them into chat later. For me, making a typo could mean the possibility of reliving it for years to come. I have friends who still quote stupid things I said in 2010.

So… what causes these typos? Well, I’m almost always on a comfy sofa. I usually have a pillow and a cat in my lap, so there’s this relaxed, lazy feeling right off the bat which is probably not conducive to proper typing; and if IMs come in while I’m already in a room full of witty friends…?

When I logged in yesterday, I had four normal IMs, a room full of people chatting away, and a conference IM. Two were asking about my store, one wanted help with a letter to Linden Lab, and another help to escape an awkward social situation. My typing suffered.

Oh, all right. I can’t blame all my typos on multitasking, though I’m sure that doesn’t help. If I have nothing going on at all, I still make typos. I’m probably too relaxed at times. Too lazy. Or maybe my brain is just in a million places at once instead of focusing on the keyboard.

Ghosted in SL?
New Raffle Items From Barerose
Upgrade Your Avatar to Mesh But Stay Yourself - For Just 2L