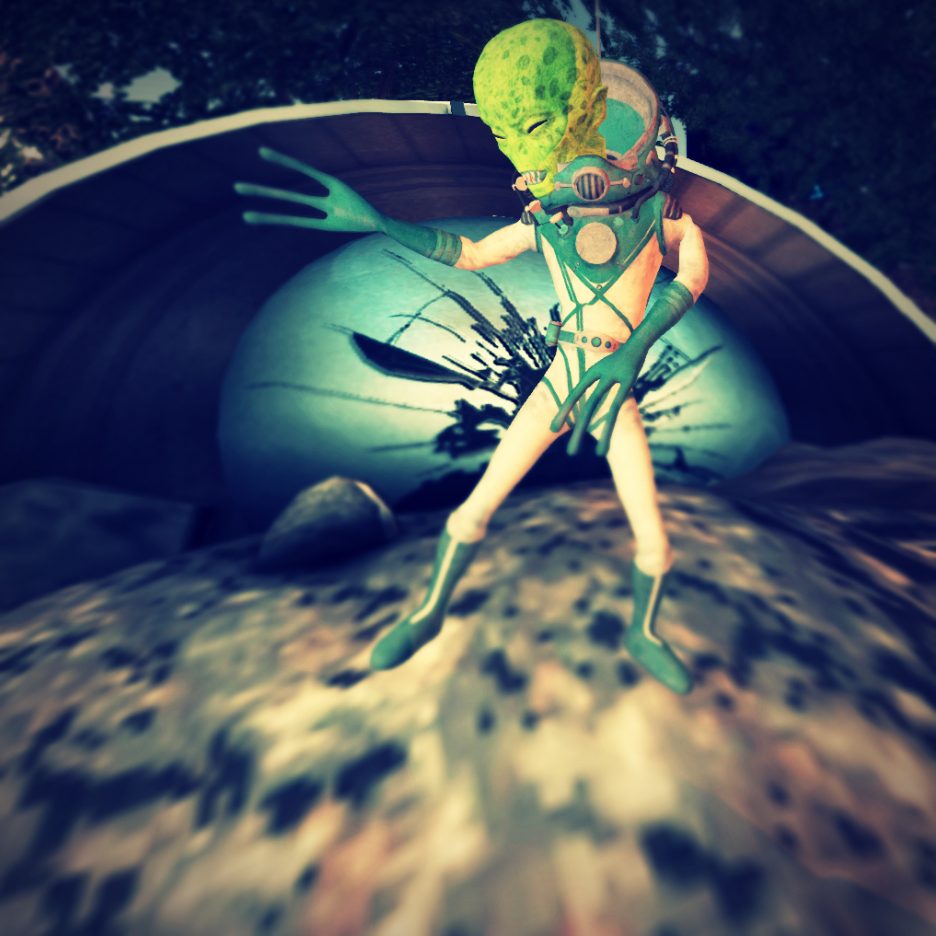 Subculture, a clothing store doing business at the Penny Lane sim since 2011, appeared to suffer a devastating blow last month. The building not only disappeared, but was replaced by a glowing saucer with several “little green men” preventing further access to the area.

“Subculture was there one minute – and then it wasn’t,” one resident standing outside the Killing Moon Pub reported. “This glowing thing came out of the sky. I thought it was going into the harbour, but it landed right on top of Subculture instead. It was kick-ass!” he added.

At least five witnesses said they saw the saucer hit the store, but so far no one can explain the lack of debris. The building, along with its contents, seems to have vanished.

The green men, who allegedly arrived in the saucer, are in good health, but refuse to communicate with Penny Lane Law Enforcement. One of the smaller men, who some refer to as “Tod,” is said to follow anyone who comes near him, but doesn’t appear hostile. His taller friend stays close to the saucer, but instead of repairing it as some residents thought he might, he stands on top of it dancing.

“He’s trying to communicate,” one witness insisted. “He must have seen a bunch of Michael Jackson videos to prep him for interacting with humans. He probably thinks that’s how we talk to each other! Can anyone here do the moon walk?”

“Subculture dresses are collectable now,” a neighbour known to the locals only as ‘Shoe Lady’ told us. “Everything in there was transferable just like gacha, so Vella’s outfits could be worth something one day!”

Moonletters is still investigating this ongoing situation, so we’ll report more on it as facts emerge.

You're So Vain, You Probably Think This Post is About You
Subculture Relaunch in the Works
Make More Unisex Clothing