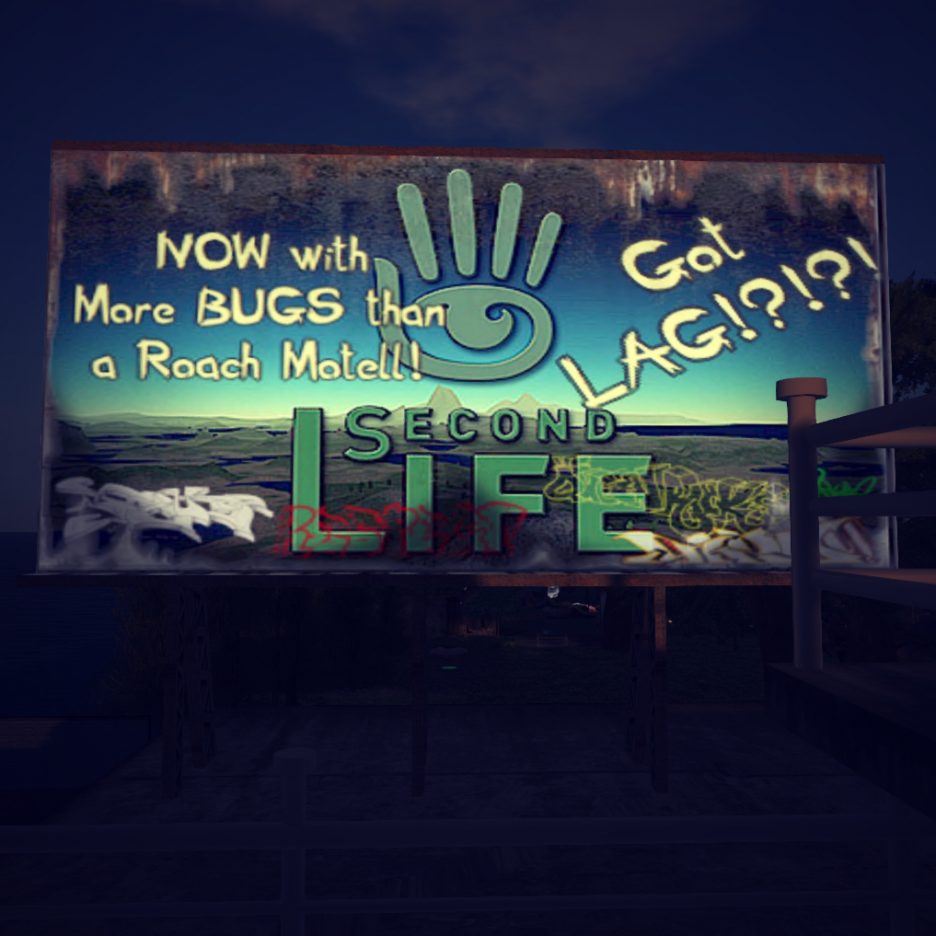 I once had a friend who felt inspired to write. She didn’t have a computer at the time, but was so determined, she used her mobile phone to compose long, extensive articles. I can’t imagine writing articles, let alone a book, using a phone; but she was even going to try that!

Before I got a decent computer, I had lag more than most people; but I was determined to use Second Life anyway. I was probably a bit like my friend who wrote articles using a mobile phone. If people knew how long it took things to rez for me, they might have wondered why I bothered.

If I went somewhere new, I stood idle while waiting for things to rez, but rather than doing nothing, I decided to put that time to good use. I had a book handy in real life, usually something educational.

I have a good computer now, and a great internet connection. I experience SL without problems. The lag I used to have wasn’t entirely bad, though. I learned quite a bit about British history while I was still rezzing!

Spinning Circle Text
Where's Waldo?
Being a Man in SL