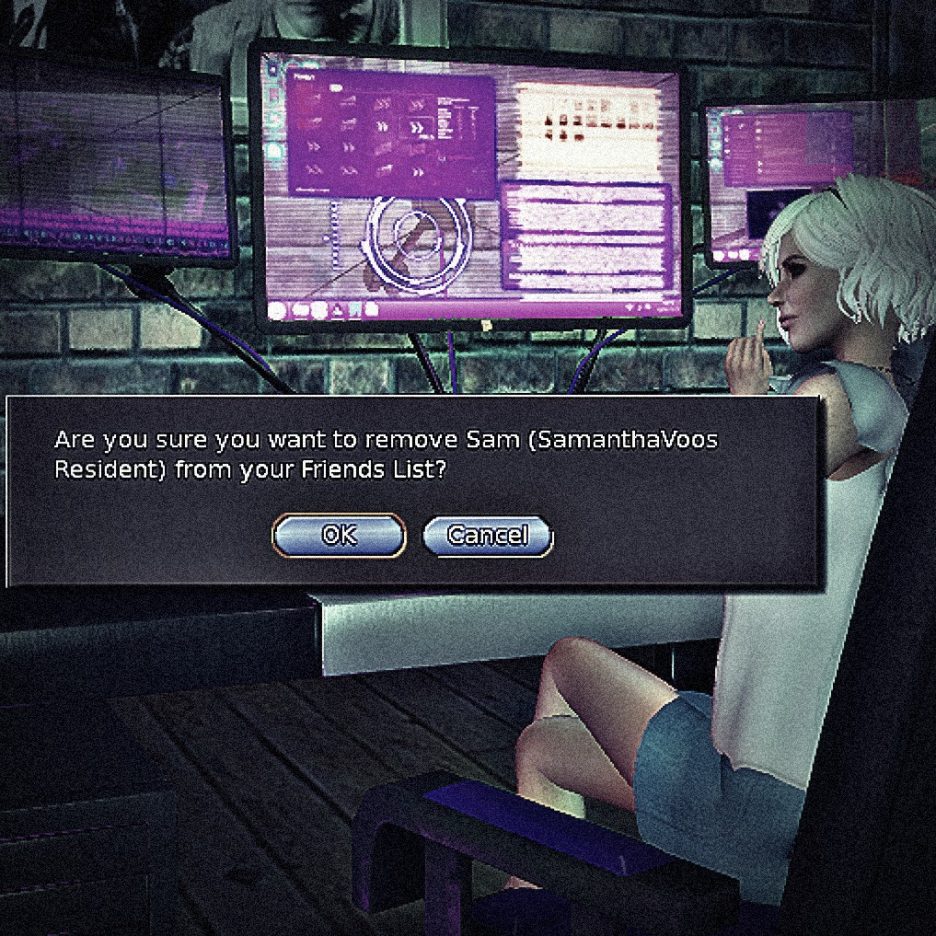 This may surprise some of you, but I joined Second Life in 2007, and it was only this year I decided to “cull” my friend list. Oh sure, I’ve deleted people here and there, but if a stranger I met ten years ago friended me then never spoke to me again, chances are they were probably still on my friend list. Why?

1. Crazy as it sounds, I thought one day I might run into the person again. Not the most logical reason since I’m bad at initiating contact (I’m working to improve on this), and if I ever message you first, you’re in the minority.

2. I don’t want to hurt anyone’s feelings. I realize if a person never speaks to you, they probably won’t even notice you’ve deleted them … but still, just in case!

With this mindset, you can imagine how big my friend list became.

Well, I put an end to this recently and did a “mass culling.” I deleted just a few people at first; but threw up my hands and went in for the massive clear out in the end.

I’ll be honest. A couple were personal. The rest, however, were because I believe I’ll never interact with the people again: Why should I watch strangers log on and off?

It might sound funny, but I believe it’s psychologically freeing to remove names that no longer have meaning. It took me 14 years to do it, but I’m glad I did.

EDIT: If I deleted anyone who would actually like to remain on my friend list (It’s possible I made a mistake), just tell me, and I’ll happily add you back.

2 thoughts on “Why I Culled My SL Friend List”