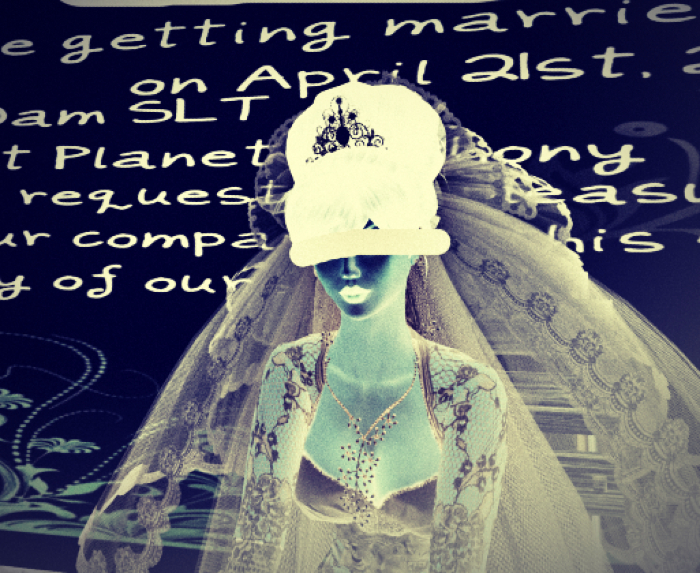 I wrote an article about ghosting in Second Life, and received some interesting responses on social media. People had a variety of outlooks, depending on how they viewed Second Life itself, and some shared their own experiences.

One interesting comment came from someone whose partner faked their own real-life death, and the faker was so convincing his SL friends gave him a memorial service to mourn his passing. Later, however, this “dead” individual returned to SL alive and expected the people who knew him to just pretend everything was ok.

To be honest, if something similar hadn’t happened in our group years ago, I would just assume only people who think of Second Life as a “game” would do such a thing. That’s not the case, however.

The following is my personal experience with someone who faked death in Second Life, and it’s kind of unusual. They didn’t fake their own, death. They faked someone else’s! Get some popcorn and let me tell you about it.

It started back in 2011 when this guy started hanging around our group. Well, to be more accurate, he started hanging around me, which caused him to be part of the group. He was a younger guy, so I saw him like a little brother, and he treated me as something like a sister. He seemed to have a good heart and was friendly to everyone. I’ll call him Andy. (Not his real name.)

When Andy got a girlfriend I was happy for him and even played a part in his eventual Second Life wedding. He told me he and his girlfriend wanted to be together in real life one day, so I thought it was sweet they wanted to do the SL wedding thing in the meantime. I didn’t know his girlfriend personally but saw her a couple of times.

After Andy established himself as “one of the gang” (he’d been hanging around for about a year) he came to me in tears with the terrible news that his girlfriend died. Apparently, one of her relatives told him of her death and I was, of course, sympathetic.

A couple of days passed, however, and Andy came to me again. “It was a mistake,” he said, then told me his girlfriend wasn’t actually dead.

Andy didn’t explain how such a mistake could be made even though I asked him to, and when I didn’t get a logical answer to this question I didn’t push it. I thought maybe the two of them argued and she told someone to tell him that she was dead. That was my guess. Cruel, but his business, not mine.

Then … it happened again. Andy contacted me in distress and this time insisted his girlfriend really was dead!

Another mistake? He assured me it wasn’t. This time it was real. SHE WAS DEAD!!!

But, of course, she wasn’t. She didn’t die at all, and a couple of days later she was back with Andy and he was happy again.

Believe it or not, this happened three or four more times. Hey, I wasn’t born yesterday, so knew something was off the second time Andy’s girlfriend “died” and eventually I lost patience with the whole situation.

Long story short: Andy made a shrine to his “dead” girlfriend in a little room on my land that I let him use (“she’s really dead this time”) when the whole time he was hanging out with her. She was even aware of the lie and went along with it. They stupidly let someone else know what they were doing and that someone, in turn, told me.

I sent the shrine back to his inventory (no he didn’t pay rent to have it there), and instantly his personality changed. He went ballistic on me!

I don’t usually get attached to people until I know them for several years, so I wasn’t too hurt, but I was still surprised. I’d been good to Andy, and he appeared to like me more than he did most people, so I couldn’t work out a motive for why he’d do such a thing. He didn’t lack attention or kindness from anyone. It was a lesson learned though.

End of story? Not exactly. Fast forward 10 years, and guess who showed up? No, not Andy. The “girlfriend” who kept dying! She rented a room for a couple of weeks and put pictures up of her decade-old wedding invitation to Andy while sitting there in the same wedding dress she wore back in the day. I didn’t say a word. If she wanted to pay lindens to rent a room I just let her – if “she” ever existed to start with. It’s not too much of a stretch to think that Andy probably pretended to be his own girlfriend all along!

So, there you have it. The SL death faker story.

Alien on My SL Map
I Have The Best Cyber Billboards
Landing Point Sweepers - Yes or No?