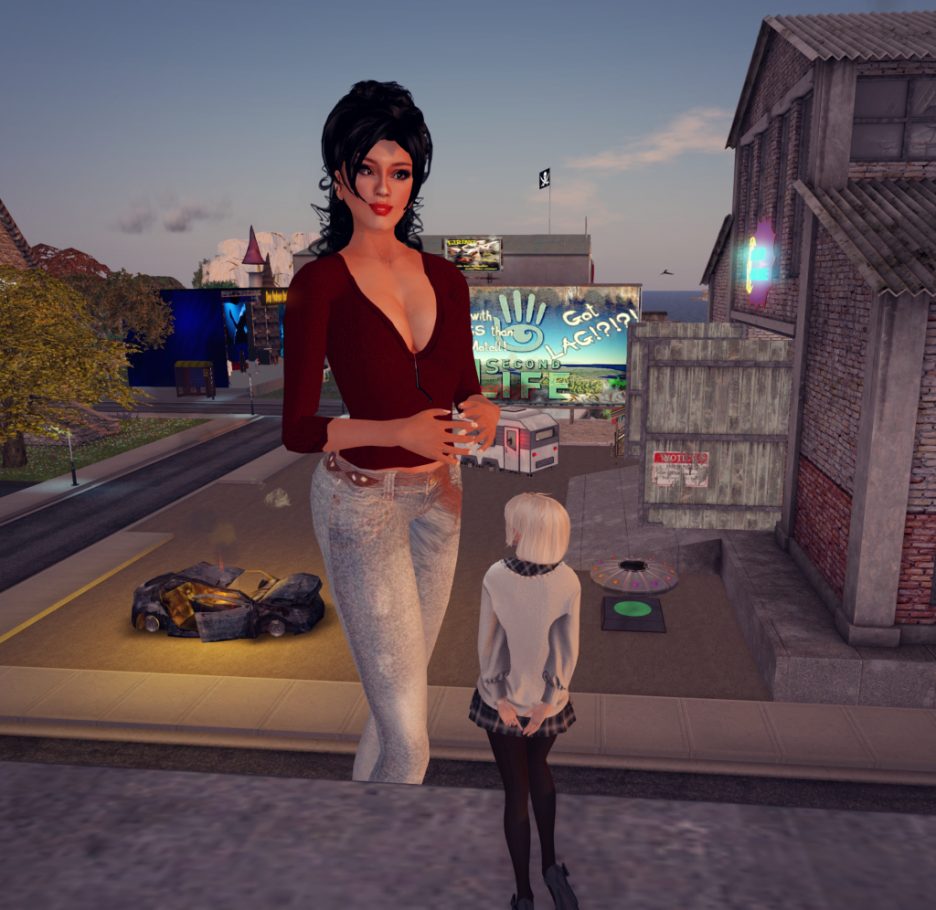 Moonletters Town has had weird stuff since 2010. From killer tomatoes to lost daleks, to a zombie mascot affectionately known as “Wilbur.” I’m not usually surprised by the unusual.

Last night, I went to check the Moon Bunny store, and lo and behold the tallest woman I’d ever seen in my (second) life stood in front of it! I’m not talking about a 7-foot-tall supermodel. We see those all the time in Second Life! I’m talking about a woman who might be tall enough to fight Godzilla.

A giantess in my town! I was positively thrilled.

I announced the presence of the giantess in the Moonletters group because I wanted people to come to see her right away in case she left and people believed I photoshopped the whole story. I assure you it’s true. She was there. I have witnesses!

The giantess was friendly and didn’t step on any of us, though I did talk to her from the roof. As you can see she looks just like a normal female avatar – except she’s bigger! A lot bigger!

There’s no big ending to this tale. I got a few others up on the roof to see this awesome avatar, and then most of us eventually left to go hear some tunes in the sky. I invited the giantess to come too but she decided to stay on the ground in front of the Moon Bunny store. 🙂