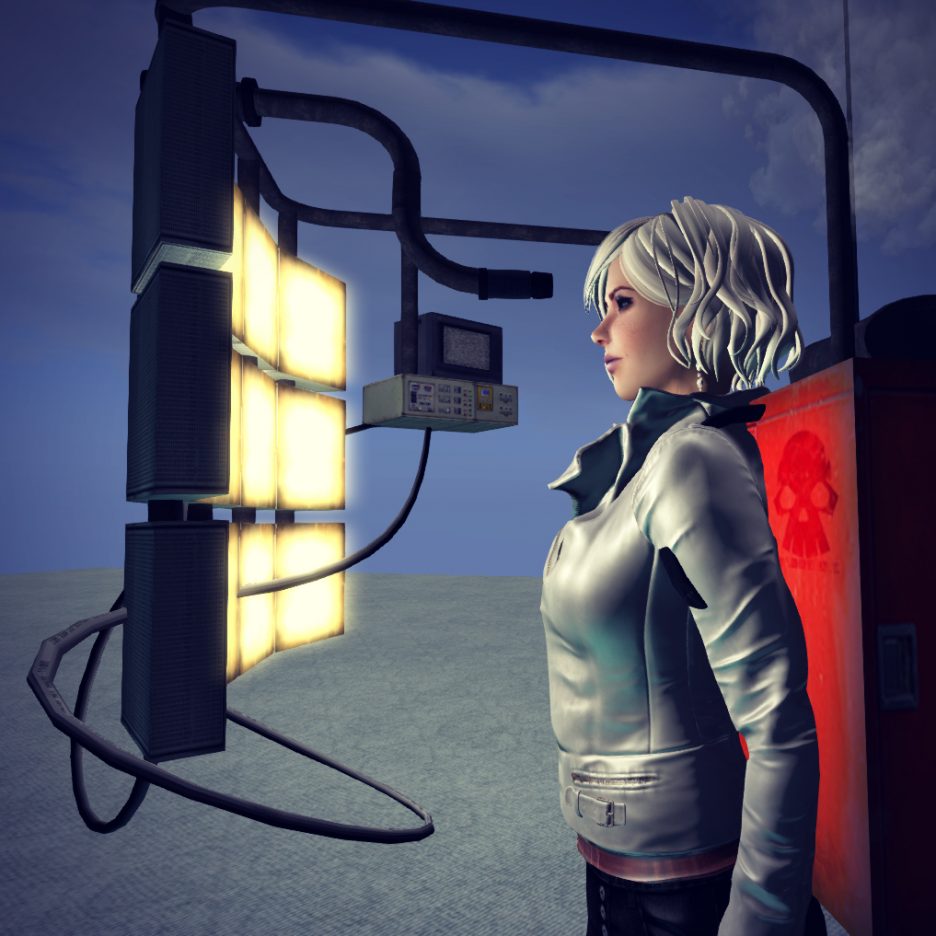 Has anyone ever mentioned how bright you are, and they weren’t talking about your intelligence? Have you heard rumors that rooms become darker when you leave them? If so, you may want to ditch your facelight.

Some people won’t wear facelights at all; but for those who still want a little something, there’s actually a compromise between lighting up a room and using nothing. That little something is called Nlight by Nea Fredriksson.

“In current Second Life Viewers with Atmospheric Rendering most old face lights tend to light up entire scenes or the floor around you like floodlights,” Nea said. “They can also wash out avies unfortunate enough to be standing near you, and make your face look like someone’s holding a powerful flashlight to it.”

“The visible effects depend on your graphics settings – even if you don’t see the floodlight on your screen, most others will,” Nea explained. “Optimally, face lights wouldn’t be needed. A scene in SL can only have six local lights at a time, and using a face light will make it one less. If everybody wears one, things can get ugly in crowded spots…. If you use one with several light sources, you’re doing some serious damage!”

How is Nlight different from other facelights? “The purpose of Nlight is NOT to make your face appear fully lit at all costs, but to soften the shadows a little bit and to make your face easier to see at night,” Nea said. “Like make-up, a light like this is at its best when other people can’t really tell if it’s there or not.”

I personally use Nlight, and would not go back to anything else. It’s so subtle that on occasion I wondered if it was really there. It was only after I removed it that I saw the difference.

The good news? Nlight is free. If you’d like a copy, I’ve set one by the door at Moon Bunny!

1 thought on “Light Your Face, Not The Room”