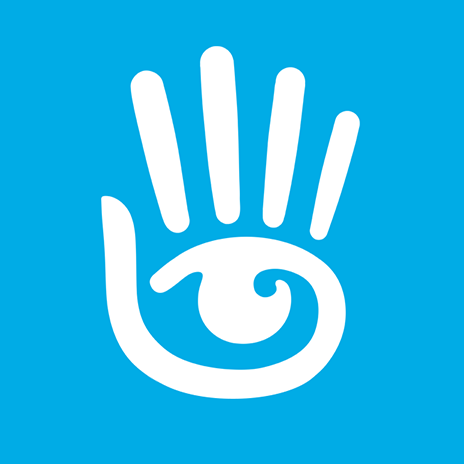 Wayne spent most of his adult life as a property lawyer. Though he was successful in his work, his private life suffered for it, and he went through two marriages, and one child custody battle. Thankfully, he was now into early retirement with no nagging wife but wasn’t sure what to do with his time. The club scene had no appeal for him, and he wasn’t a big drinker so the bar was just boring.

Wayne read about Second Life in an online game group. Virtual world? Might as well try it. After all, he had nothing better to do!

On Wayne’s first day in SL, he couldn’t make heads or tails of things. What was the point of the place? No quests, no monsters to kill, but he soon learned how to get around and explore. He even got himself “adult verified” so he could watch the pole dancing ladies. The women were gorgeous and friendly at first, but not so much after he only tipped 10 lindens. He made a mental note to actually buy some lindens.

One day for a laugh Wayne got the idea to make a new avatar. This was Second Life, a place where anything goes, a world of indulging fantasy without consequence, so why limit to real-life standards? Wayne did not like it when people were narrow-minded and boring so, in the tradition of Weird Science, he registered a new SL account and created a woman on his computer.

Actually, Wayne created the hottest female his brain could comprehend. She was tall and curvy, had long legs, a large chest, and a deep tan. Why not make her blonde too? This was the perfect woman, no holds barred! Wayne paid special attention to detail, and though his lindens were limited he found free skin and hair that looked good. He would upgrade her as soon as he could, but she was positively stunning as she was.

Wayne began to explore Second Life as Nadia, and was amazed at how he was treated. People spoke to him more, struck up friendly conversations. Not just men, but women. Oh yes, women! Nadia was flirted with, whereas his Wayne avatar was ignored. He smiled at this new experience.

It was during his first week of being Nadia that Wayne met Laura. He’d just bought lindens and was going to give Nadia a high-class makeover. He stood in the clothing shop, overwhelmed. As a man, it was pretty easy to dress. Jeans and a t-shirt were casual but ok and he didn’t think much of it. But as a woman — what choices and decisions. He felt a kind thrill seeing all the outfits. Some reminded him of movie stars. And the plunging necklines! He–er–Nadia had such beautiful cleavage. She deserved to have a beautiful dress that showed these off.

“Need help there, Nadia?” Laura entered the chat range. She was a picture of loveliness, shorter than Nadia and with auburn hair and a light green ball gown. Not as pretty as Nadia, but still fetching. Wayne felt something stir in him the moment he saw her.

That one sentence was all it took. Why yes! Wayne did need help, and Laura was a friendly girl. She was able to recommend the best outfits, so they got to talking, friended one another, and for the next few weeks not a day went by they didn’t meet up.

One day Laura told him she was bisexual. She explained that though she thought she was straight for most of her life she recently felt attracted to other women. Wayne’s heart pounded as she told him this since he felt a connection between them, and he suspected that Laura’s interest was more than just a shopping buddy. One thing led to another and Wayne found himself in more than just friendship with Laura.

At first, Wayne questioned his sanity. Laura was a woman, which was fine. He was a straight man who liked women. But he was not communicating with her like Wayne. He was using Nadia to do it for him, and he and Laura had become intimate. Their times alone were intense, mind-blowing at times. Laura had this way of anticipating his desires in advance.

After some weeks Wayne accepted the situation for what it was. And yet, though he tried to deny it at first and keep emotional distance, he had to admit his feelings for Laura were deepening. He couldn’t get Laura out of his head even when he wasn’t logged in. He thought of her when he was getting groceries when he paid his bills when he took his car to the shop. A lot of it was the stirring anticipation of what they would do next, but much of it was mundane too. He imagined Laura cooking dinner for him or cuddled next to him by the fireplace.

It then occurred to him one day. Laura did not deserve this. The feelings were real, and he had been honest with her about everything — except that he was a man. And yet, Laura was special. If she genuinely cared, she’d have feelings for him anyway — right? Perhaps if she knew it wouldn’t be so terrible. Perhaps she would accept him as Wayne. Hey, it might even improve things.

“I love you,” Wayne blurted one day, hugging Laura close to him with Nadia’s arms. “We should speak.”

Laura, though admittedly shy with some things, and not one to rush into anything involving “real life” surprisingly agreed to this. She cuddled close to him on their new menu-controlled sofa and they sat in silence a while. She didn’t want to use SL voice to talk to him but gave him her mobile number. “Call now,” she said.

Wayne was shaking as he dialed. The phone rang six times before Laura answered, and when he heard her pick up he thought he should get it over with as soon as he could so he rushed right in to speak before she could say anything. He wanted her to at least hear him out before she hung up.

“Laura. This is Wayne–er Nadia. I didn’t mean to deceive you, it all just happened. I care about you, but I’m a man. Can you accept me as a man? I’m sorry for not telling you, but I can’t help how I feel.”

Wayne was greeted by silence on the other end. He held his breath, and it was as if the world stopped with him, the birds stopped chirping, the wind stopped blowing, and all traffic came to a halt. “Laura?” he croaked. “Are you there?”

What came next he never expected. A deep, guttural male voice spoke to him from the other end of the phone. “I know exactly how you feel,” Laura replied.

Group of Individuals
How To Get Texture Info
Save Ferris

3 thoughts on “Real SL Situations: The Story of Wayne”