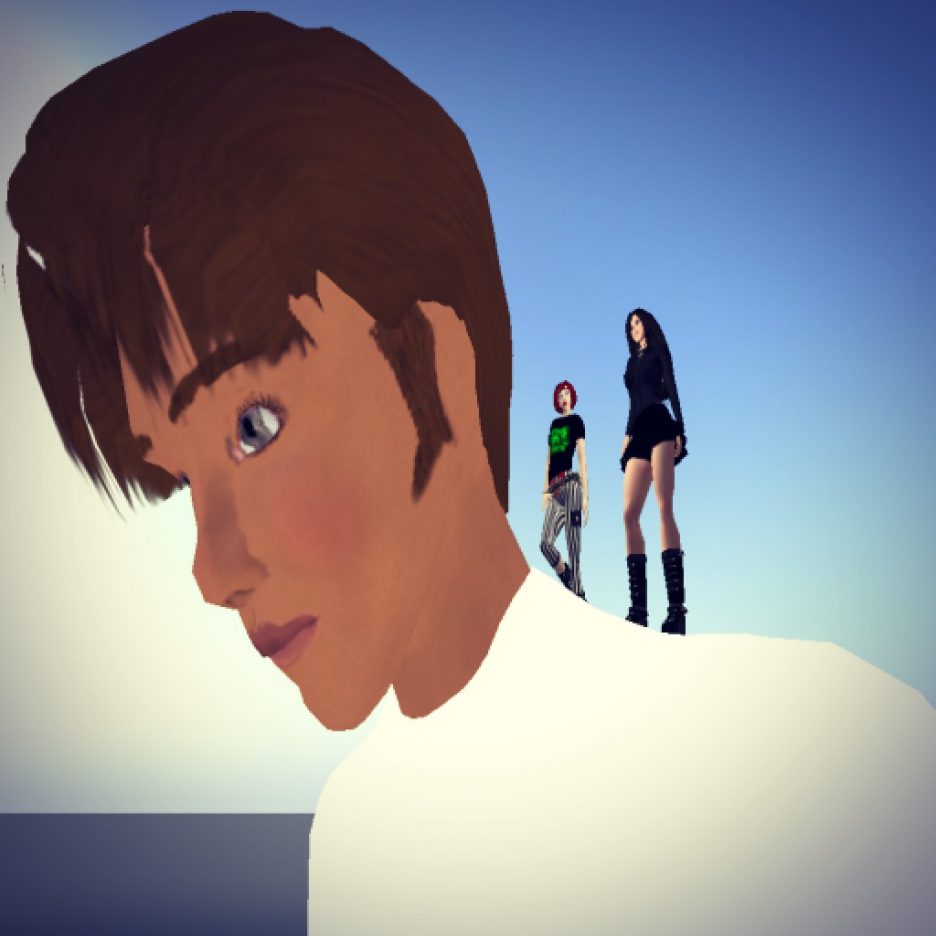 Noobs. We’ve all been one whether we want to admit it or not. Some people go out of their way to help new Second Life residents, while others would rather submit to torture than deal with one. In Sean Krueger’s Man Vs Second Life video, he shows a hilarious reaction to noobs and tries to avoid them at all costs.

I have a friend who, after joining SL stayed on one sim for three years. Me? I did not get past the initial tutorial before I found Search and tried to see everything in one day. I ended up at the Liverpool sim and met people I still know to this day.

Within my first couple of weeks, probably before I even had a proper AO, I had land and was co-owner of a club. When it came to the virtual world, words like duck and water spring to mind for me! That’s how I took to it.

The image you see is my friend and me on top of a giant noob statue circa 2007. The quality is bad because I didn’t know how to take a good picture yet (ha), but you get the idea. I miss when noobs looked like that!

Shoppers Give Advice to Store Owners
Red Dress From RebelsSpirit
You're So Vain, You Probably Think This Post is About You

2 thoughts on “What Were You Like As a Noob?”